The Meaning of Politics

The political process can enable or inhibit development. The word politics “comes from the Greek word ‘politica’, moderated on Aristotle’s ‘Affairs of State’ the name of his book on governing and government written in Latin and translated in English in mid fifteenth century.
Politics is the art as well as science of government. It consists of social relations involving authority of power. It is a process by which groups of people make collective decisions and is not restricted to behavior within civil governments alone. Politics has been observed in all group interaction including corporate, academic and religious institutions.
In other words, political institution express and embody the wisdom of the people of the time and the route to good political and social institution is by deepening of wisdom and by broadening of vision.

By consensus, the international community has accepted the following five as the indicators of development: 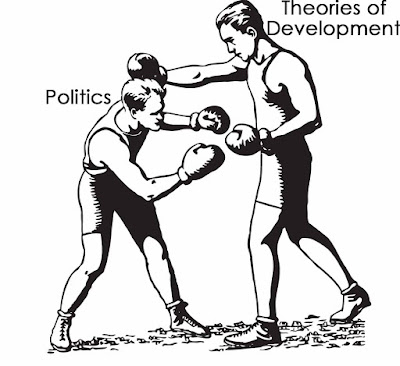 Kanpur is a typical Indian village. It comes under Nakichua Gram Panchayat of Rasgobindpur Block of Mayurbhanj district of Odisha. About 58% of the population in the villages is tribals. The village is situated at the fringe of Similipal Biosphere and is surrounded by reserve forest. Minor forest produce and wage earning on daily basis are the main source of livelihood for the tribals.
Evidence suggests connectivity leads to economic development; however that has not been the case for Nakichhua GP. Here, the community is languishing in poverty, low literacy and other characteristics of backwardness. Distress migration and distress sale of forest products are regular affairs. Local trade and commerce is mainly controlled by outsiders.

Kanpur is the revenue village with two hamlet villages. Nibas sahi is the tribal and dalit dominated hamlet and the other hamlet known as Kanpur is the upper class dominated hamlet. Development projects sanctioned to the village is always implemented in the upper caste dominated hamlet. But in the official record, it is reflected against Kanpur revenue village. While the Kanpur hamlet has electricity, piped drinking water, pucca internal road, community hall etc, Nibas Sahi, the other hamlet continues to remain in darkness.

In the village, the development projects are never implemented as per the scheme objectives and guidelines. Since the last 6 years, one NGO initiated some activities in the village commencing with the youth club. Initially, people from different caste and economic groups resisted the initiative as the mooted idea by the NGO did not confound to their local intra-community groupism and pettiness. It went through ups and downs often conflict among youth from different caste and economic groups. However, it seemed to catch the imagination of people from all sections despite of nasty politics by the various political party leaders at the gram panchayat or block level.

In 2007, a gram sabha meeting ended mid way with fight and bloodshed between two factions of the community having support from two rival political parties. On paper, gram sabhas are held as per provisions, but villagers can hardly recall when they attended a gram sabha meeting for the last. The prevailing situation created by the local political parties doesn’t allow a villager to enjoy the constitutional right to exercise his choice and participate in development decision making process.
In connivance with the Block Chairman and other elected PRI members, BDO and engineers at the block level are only interested in cornering the contracts issued by the block office for infrastructure development of the local area under various government schemes- NREGS, Bharat Nirman, Indira Awas, Watershed Development and others. The need and priority are never looked into while sanctioning the work as the decision depends on other factors- which community group that the political party that wills the power will decide all implementation related matters. In such a situation, how an aam aadmi could expect benefit or justice?

Presence of muscle power and money power and the nexus among the local politician, PRI office bearer, business community and government officials has left no room for the common and the poor to get their right and/or justice. Those not belonging to such nexus and coterie has lost interest in the process of local self governance, participatory development decision making. Village level to district level development planning exercise has become totally a farce. What people desire is not planned. What the powerful within the community decide has been sanctioned. The concept of ‘Equity’  and ‘Right’ exists in the planning commission and the constitutional document.
Posted by Gaurav.Phatak at 03:12