World in recent times has been going through economic turmoil. Be it Eurozone or China crisis. In a connected world with ever increasing globalization, impact of any such undesired situation is far reaching. 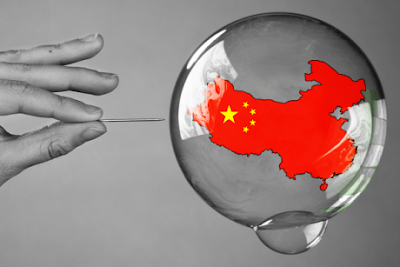 Since the time the Shenzen & Shanghai Stock Exchanges have crashed heavily in end of June and early July leading to many citizens of China losing huge amount of Investments close to $3 trillion worth market value. Apart from small investors, included were the housewives, students & employees who had quit their jobs with a dream to earn quick bucks in these upwardly rising stock market. The government tried to manage this situation by a rate cut but that didn’t help to correct the situation.

Now the real question is, "How did China an economy which was having a promising GDP landed in this bubble situation?" Put in simple words the asnwer is, Chinese economy was giving all the indications of a so called “the bubble situation which was ignored by industry & government, either knowingly or unknowingly.

It all started with successful capitalist reforms led by Deng Xiaoping for privatisation, opening up foreign investments, banking reforms, development of capital market etc.  With reforms urbanization started heavily with people moving to bigger cities from villages for a better lifestyle.

With nearly three decades of unprecedented GDP of 9.5% led by economic liberalization, modernisation and infrastructural development china started to show the sign of speculation and over-exuberance in the year 2008 like a brief stock bubble and housing bubble.  In the global financial crises of 2008 China suddenly changed its focus to potential domestic crises and the threat to its social stability.  With this view in mind China decided to launch a huge economic stimulus program, though it helped temporarily but this newly printed money raised concerns leading to speculative activities, inflation, devaluation of existing currency, taxes on wage earner to fund the stimulus, undertaking highly ambitious but wasteful projects which otherwise wouldn’t have been undertaken.

Further adding fuel to this bubble is the Credit bubble.  The 2008 stimulus program lead to humongous development of Infrastructure most of which is not in use even till date.  100 and more infrastructure projects are currently undertaken, road are built, dug and rebuilt, extravagant government buildings are being built in outer china, “ghost cities “ are built, the rush of completing these projects are leading to bad workmanship and hence bridges or building being closed for safety reasons.

The warning of this credit bubble was already given by Moody and Fitch showing how the local government was funding these extravagant and overly ambitious projects which will lead to bad debts, it is projected that almost $540 billion out of $1.7  trillion might turn out to be bad debt. No doubt economic bubble and reckless credit boom go hand in hand.

The credit boom and economic bubble lead to high inflation and increasing food prices, rent and wages and negative interest rates. With this fear in mind many people felt that the only way to save their money is to invest in realty.  This sudden realty demand led to rise in housing prices close 140% between the years 2007-2011.  These speculations lead the housing prices as high as 27:1 price : income ratio, very much in the line of US and Japanese housing bubble. Local government easily encouraged such speculations case they were to receive land sales taxes which will help them pay off their increasing debts.

China will have to soon take some corrective actions against this “Crises in making” as it has already lost its edge as a cheap labour market where other countries like Philippines and Indonesia are competing with china for the same.
The elite class is speculating for uprising and revolution which is making wealthiest Chinese citizen to immigrate out of china. The credit crises is leading to many loan defaulters, people closing businesses altogether and running underground.

What's in it for India to Learn?
India like China is also witnessing a slump in realty market over past one year or so. In spite of huge response to Make in India as an initiative, markets & inflation are inconsistent. Government should monitor the situation closely in order to keep any such situation at bay.

Is any particular crisis bigger than another? Is Greece crisis bigger than China crisis? In my opinion, if we are thinking on this question then we are missing on important & vital question, big or small, can the world economy afford such crisis & its lasting impact? The country directly involved is directly affected, but does this stop there? Anyone who is linked to the struggling economy, is taking the portion of this burden with themselves, be it an individual or a nation. 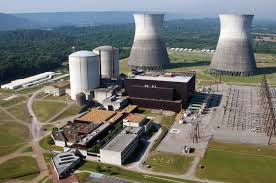 
If government works in a true sense to understand the concerns of the locals & address them there is no reason why Jaitapur cannot be commissioned. Having said this, ability to respond quickly & efficiently in case of any emergency post the power plant is commissioned is altogether a different topic & needs to be evaluated in detail considering the challenges faced during recent times in Japan when power plant had reached a critical level & shutting down the plant was a challenge.
Posted by Unknown at 22:20 1 comment: